Emmeline has grown up with a gift. Since the time she was a baby she has been able to control shadows. And her only friend and companion is her own shadow, Dar.

Disaster strikes when a noble family visits their home and offers to take Emmeline away and cure her of magic. Desperate not to lose her shadows, she turns to Dar who proposes a deal: Dar will change the noble’s mind, if Emmeline will help her become flesh as she once was. Emmeline agrees but the next morning the man in charge is in a coma and all that the witness saw was a long shadow with no one nearby to cast it. Scared to face punishment, Emmeline and Dar run away. With the noble’s guards on her trail, Emmeline’s only hope of clearing her name is to escape capture and perform the ritual that will set Dar free. But Emmeline’s not sure she can trust Dar anymore, and it’s hard to keep secrets from someone who can never leave your side. 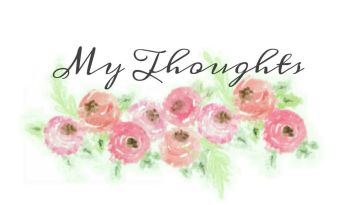 You guys!! I’m back! I’ve really missed blogging and all of you guys, and so I’m very excited to come back to it all. Today I have a review of this sweet MG Fantasy book. It releases in January, so definitely add this to your TBRs!

1. It is very refreshing. I’m all for that dark fantasy, but there’s something so nice about stepping away from everything and reading something that’s just happy! And Shadow Weaver is just that; the premise is fresh and creative, the writing was relaxing, and it was easy to just get lost in this cute story for a while.

2. The idea and story are super creative. As soon as I heard about controlling shadows and possible villainous shadows, I was all in. This premise was sooo creative, and even though I wasn’t exactly surprised by anything and even though I wanted *more* (more on that below) I still loved the whole book, and I couldn’t wait to see what happened. I will definitely pick up the sequel to see how it all resolves!

3. It’s simple, and while that’s not necessarily a bad thing, there could have been a little more. While reading Shadow Weaver I couldn’t help but think about some other MG books I love, namely Gail Carson Levine’s, Valente’s, etc. One thing I love about those books is that they have this universal appeal – they’re written for children, but in no way are they written down. I felt like Shadow Weaver was written down for its audience. Kids are smart, and while there’s nothing wrong with stories that are innocent and simple, there’s also nothing wrong with weaving some complexity into it. Shadow Weaver had so much going for it; a fantastic premise, pretty, captivating writing, and a really great villain. I don’t know how to explain it, I guess; I just wanted more. I wanted the world to be fleshed out more, the villain to be just a little bit more villainous, and maybe something that makes me think for a while after I’m finished reading. So while I did love the story and didn’t have any  problems wanting to read it, nothing about it really made as profound an impression on me as it could have.

4. The main character is sweet and easy to care about, and I liked the themes throughout the story. Emmeline is so sweet. Throughout the story, we learn how much she cares about everyone around her, and how much she just wants to belong. I could definitely relate to that, and that theme made it easy to sympathize with her and understand why she did what she did, even though it was kind of obvious that she was making a huge mistake. That being said, the rest of the characters were kind of flat, and just a little cliche. Emmeline’s parents were very one dimensional, and none of their actions felt plausible. And the friends who help Emmeline as well were pretty personality-less. I think this ties into my third point: everything about this book is enjoyable, but nothing is really as developed as it could be.

5. I think a lot of 8-10 yos will LOVE this book. I know I definitely would have liked it then even more than I do now. Shadow Weaver is light and easy to read, but the story is engaging enough that I think both hesitant and voracious readers will really enjoy it. And if you are looking for a light, creative MG fantasy to get lost in for a couple hours, definitely pick up Shadow Weaver!

Do you ever read middle grade? If so, what are some of your favorites? And let me know what you’ve been up to in the comments!

Content guide: This is an MG book, and there isn’t any swearing/sex/violence.

**Thank you very much to Sourcebooks Jabberwocky Publishers for providing me with an arc of Shadow Weaver in exchange for an honest review! This in no way influenced my opinion.**

Book lover, dessert devourer, and cover worshiper. I like fantasy and paranormal-historical fiction maybe a little too much, and I have too many book boyfriends. View all posts by Lenna

There was an error retrieving images from Instagram. An attempt will be remade in a few minutes.